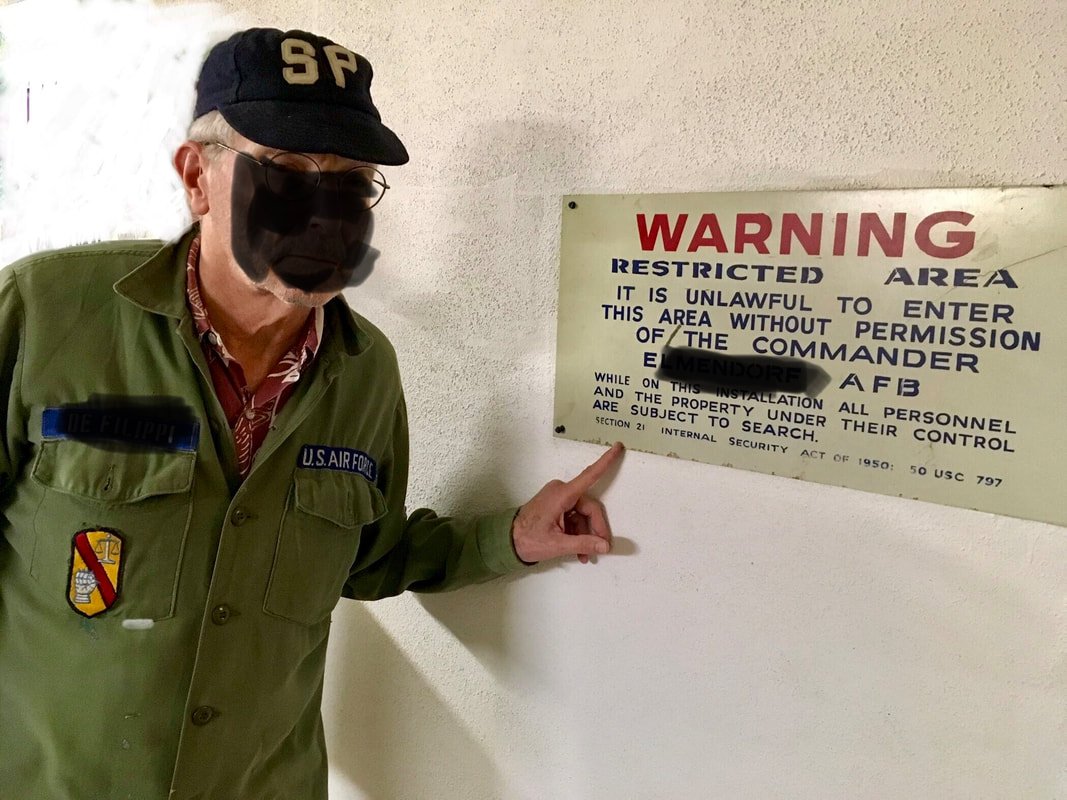 Most of you scrollers are at least nominally familiar with the Dark Web (overlaid networks which require specific software etc. to access) and the Deep Web (that area of the web not indexed by traditional search engines), but few have even a passing knowledge of the Don’tWeb, which is where BROWN FEDORA BOOKS publishes its CLAWHAMMER PUBLICATIONS.

CLAWHAMMER is a subsidiary of BFB charged with producing book-length publications which are incompatible with—and beyond the bounties of—public taste, consumption, and digestion.
​
How does one go about accessing the Don’tWeb and thus gaining entry to these highly secretive and selective works of CLAWHAMMER PUBLICATIONS?

It is not easy:

After being granted clearance from the Commander EAFB, each candidate is given a specific and unique Procedure and Code Identification, or P&C.  (It should be noted that the term “P&C” has no affiliation with the P and C chain of grocery stores, although rumors persist that the two are somehow concomitant.)

This P&C will allow the candidate to view a short video, which explains how CLAWHAMMER PUBLICATIONS may be accessed.

And then click below to watch the instructional video (and you’re in):


All of the books being published by CLAWHAMMER tell important stories and deliver certifiable factual support which will shock and discomfort the middle road reader.  Book descriptions will be posted below as they become quasi-available to the highly selected few.

View the video below: 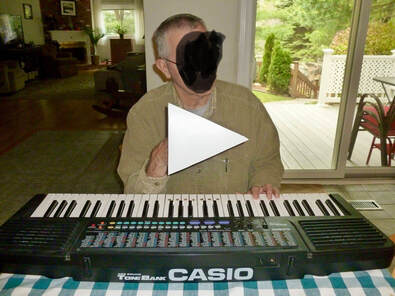 The Books of Clawhammer Publications:
​

BROKEN ARROW, BUSTED SPEAR: BEYOND THE NUCLEAR BOMB
​
Pucky “Loser” Betts was a naive, twenty-year-old recent GED graduate when he joined the United States Air Force.  During a distinguished thirty-eight year career, he distinguished himself by managing to rise to the rank of Buck Sergeant.  While serving with the 21st Food Service Squadron, he gained access to a secretive line of weapons being produced and warehoused by the Military Chiefs of Joint Staff.  The massive destructive capability of this new weaponry made nuclear armament look puny and babyish.
​
Now in an explosive and terrifying new expose, Betts exposes all of the true and terrifying aspects of this new line of weaponry, even though he has repeatedly been asked not to. 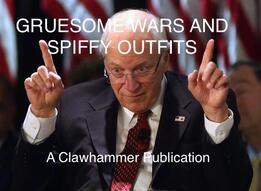 GRUESOME WARS AND SPIFFY OUTFITS
​
Dick “Lon” Chaney, who was de facto President of the United States from 2001 to 2009, wrote in his private memoirs, “Sure, I’m a bit vain, I admit it.  Whenever I’m set to announce the kick-off of a brutal, illegal war, I like to get myself ‘all gussied up’ before I head up to that podium.  All the press guys and gals expect no less of me.”

What he did not reveal was the fact that he became quite disenchanted with the ability of the CIA (Central Intelligence Agency) and the FBI (Federal Bureau of Investigation) to uncover the latest clothing fashion trends and styles from style capitals around the world, cities like Paris and Milan.  Driven, shaken, and stirred, he instituted a newly original, totally secret, illegally funded, spy organization christened the HA-36L (Haberdashery Agency-36 Long, nickname "Chaney's Dandies"), which still retains its clandestine funding and covert operation activities to this very day.  Yearly, this bureau uncovers just enough information about enemy military projects and terrorist activities to preserve its self-admittedly bloated budget, but its primary function is to uncover secrets from the world’s leading fashion houses such as Gucci and Versace.

Have you worked your way through every chapter, bookmark, ragged dog-ear, and uncomfortable position of the original Kama Sutra?  Or have the pages gotten so stained as to be unreadable?

AFTER HOURS: THE GOSPEL ACCORDING TO SETH

The Synoptic Gospels were of course composed by Mathew, Mark, Luke, and John (although Jesus would often introduce them with the flourish: “Ladies and Gentlemen, may I present my Four Gospeliers— Luke, Mathew, John, and Rooster”).
​
Theses four Apostles were all working men, and family men, who retired from the apostle scene each day just as the sun was beginning to set.  Thus, they missed a lot.

A less-heralded fifth Disciple, Seth, didn’t have much going on for him at the time, so he usually hung around later with the Savior and often even slept over.  As a result, his Gospel adds insights into the after-hours activities of Our Lord, as well as retelling His tales of what was going on between the time He was an infant and in His thirties.

Many Biblical scholars tend to discount this fifth Gospel of Seth, often sighting his conviction for mail fraud in the later half of the First Century A.D.

The original content of this manuscript was so repulsive, repugnant, and repellant that it could only be published in Latin.  Latin is a dead language and therefore cannot be sued.
​
Even yet, the editors were still so nauseated that they picked up their Magic Markers and began redacting major portions of the book until the only thing remaining was the title and 1,158 pages of black smudge lines. 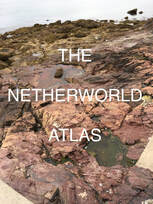 Along with the locations of national chain restaurants and Interstate rest stops, the original Google Maps (Beta) listed and pinpointed all earthly portals to hell.  Due to immerse political pressure and theological infighting among the governmental and theological hierarchy, this feature was deleted from future editions of the app.
​
Now the curious thrill-seeker can regain access to these cosmic areas by utilizing the beautifully laid out and photographed Netherworld Atlas.  Over fifty full-color photographs and maps make it possible to visit, either vicariously or metaphysically, these precariously charming terrestrial gateways to eternal damnation. 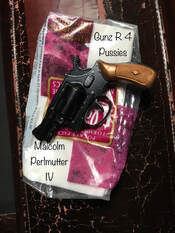 Ultra-right-wing columnist turned blogger Malcolm Perlmutter IV has been a marked man ever since he instituted his burgeoning “Gunz R4 Pussies” movement.  The Pearl’s reasoning goes something like this: We Americans own over 400 million guns (as the military and law enforcement agencies pack a few more), more than enough firepower to kill every man, woman, and especially child in this country many times over.

“Another operative figure—only slightly suspect— is this: Over one-point-one million people have been killed by guns since John Lennon bravely took the lead, or the lead (pronounce it either way, both work) back in the 80s.”

Way too much armament to be effectively control by instituting new laws.  As the Pearl is wont to say, “Johnnie, the Colt has left the stable.”

Instead of stronger gun control laws, Pearl’s answer to curbing gun violent in America is to squash the nation’s super-macho, tough guy mystique of guns, and to replace it with a more realistic view: Firearms are wielded for the most part by the very weak and the inherently effeminate.  Once this “Gunz = Pussies” mind-set takes hold, he believes, those frustrated loopies who live among us will be less likely to load up and head into town.

Needle to say, this sidearm-mocking stance did not endear Perlmutter to his gun-toting former constituents.  They came after him with blood in their eye, in some cases hoping to redirect that blood onto Permutter’s shirtfront.
​
Read the man’s entire philosophy/strategy, along with the story of what this belief system has wrought in his life and the nation’s, in the Clawhammer classic, GUNZ R 4 PUSSIES.